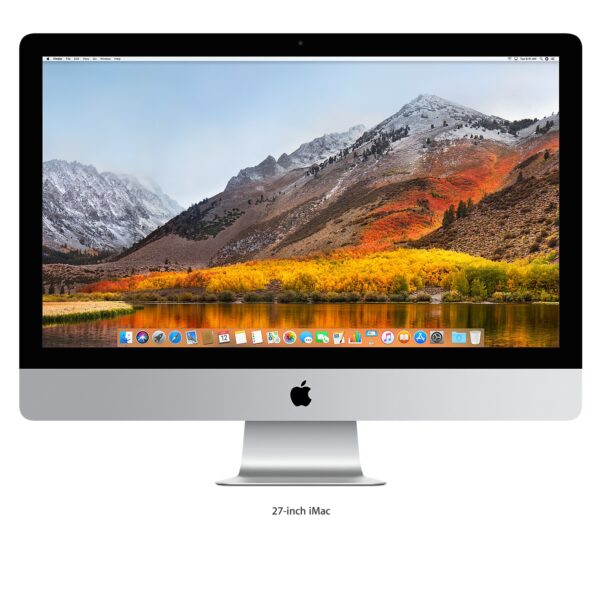 With three-stream 802.11ac technology, iMac takes desktop Wi‚ÄëFi speeds over the top. When it‚Äôs connected to an 802.11ac base station ‚Äî including the new AirPort Extreme and AirPort Time Capsule ‚Äî you can reach data rates of up to 1.3 Gbps.2 That‚Äôs triple the previous 802.11n standard, which means you‚Äôll get up to three times faster Wi‚ÄëFi.3 You also get double the channel bandwidth, with 80MHz‚Äëwide channels providing more room for more data to flow faster than ever.

Thunderbolt I/O. It‚Äôs all about speed and versatility. And speed.

With one tiny port, you get superfast data transfer speeds and huge expansion capabilities. Thunderbolt features two 10-Gbps data channels per port, which means data transfer is up to twice as fast as USB 3 and up to 12 times faster than FireWire 800. And don‚Äôt worry about a single drive or peripheral tying up a Thunderbolt port: You can daisy-chain as many as six devices plus a display. All iMac models include two Thunderbolt ports for even more expansion possibilities.

Get everyone in the picture with crisp, widescreen HD video. The built-in 720p FaceTime HD camera lets you make video calls that are so clear, it seems like everyone‚Äôs in the same room. Make FaceTime calls from your iMac to any FaceTime-enabled Mac, iPhone, iPad, or iPod touch