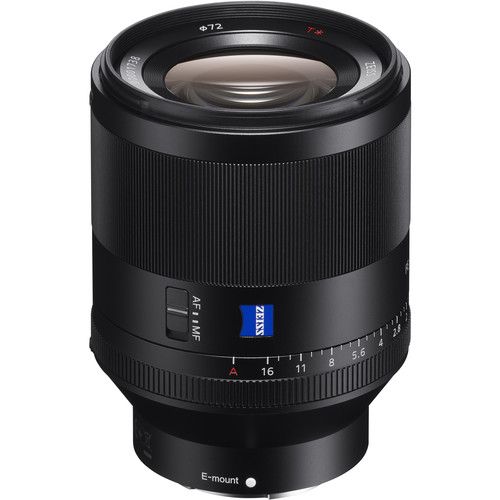 Starting off with the fast f/1.4 maximum aperture, photographers and videographers will enjoy exceptional low-light performance along with the ability to create shallow depth-of field effects. The Zeiss Planar optical design benefits users by providing an almost distortion-free image, while the incorporation of one Advanced Aspherical, one aspherical, and one extra-low dispersion element work to minimize spherical and chromatic aberrations.

The large aperture makes it easier to shoot in low light and, in combination with an 11-blade aperture design, can produce gorgeous bokeh. Other benefits include fast, precise focus and versatile control for stills and movies.

Two aspherical elements, including one AA (advanced aspherical) element, plus ED glass elements maintain high resolution and contrast at all apertures, from corner to corner.

The manual aperture ring for the Planar 50 is better than many in that it includes 1/3 stop detents in between the major full stops which is even better for video shooters. It has a switch on the right side of the body that allows one to “declick” the aperture and do aperture racking with no predefined clicks.

The image on the Sony 50mm Lens is automatically magnified in the viewfinder as soon as you start to provide input, which makes it quicker and more intuitive to nail focus quickly.

The Planar 50 has excellent focus speed (despite the larger maximum aperture and much larger elements to move) and minimal sound. It is exceptionally sharp in the center portion of the frame even at f/1.4, and the corners and brilliantly sharp by f/2.